Stone Town Centre Cleanup Helps Out In More Ways Than One

When Keith from Castle Comfort was out delivering a riser recliner chair in Stone just the other week, the lady receiving it was listening to Radio Stoke. The story they both heard was that a mystery man had been spotted in Stone Town Centre who was going round tidying up all the litter with a grabber - an often used aid that sells well at both of Castle Comfort's Stoke on Trent showrooms and is used to help reach and pick up items around the home as well as outside it. But he wasn't a council worker as was first thought, but a retired member of the public who as part of his civic duty was keeping the local area clean and tidy while getting some fresh air and exercise. There were three reports about it on Radio Stoke over the course of several weeks, (which are all on the video below)     Once his identity was discovered the story culminated with Keith meeting Andrew the Litter Picker aka "The Womble of Stone", to present him with a cheque for £100 as part of the Castle Comfort Good Deeds Fund. Both a Stoke Sentinel photographer and Emma the roving Stafford reporter on Radio Stoke were there to capture the unmasking of the mystery man and to find out more about how it all started - would you believe it - it began with 3 cows over 16 years ago. Listen to all the BBC footage on the video to hear the story progress. Keen cleanup whizz Andrew can collect up to two full bin liners of litter in a morning's work and admits he doesn't mind being recognised now. As well as the giant cheque for £100 Keith also gave Andrew a new grabber as a backup and to help keep him reaching and picking up items easily as he approaches his 70th year - though he doesn't look like he is slowing down just yet. Andrew told us that he wanted to donate the money to the Douglas MacMillan hospice which celebrated it's annual bring a pound a day fundraiser this week. Here's some pictures from the day taken in Stone Town Centre. 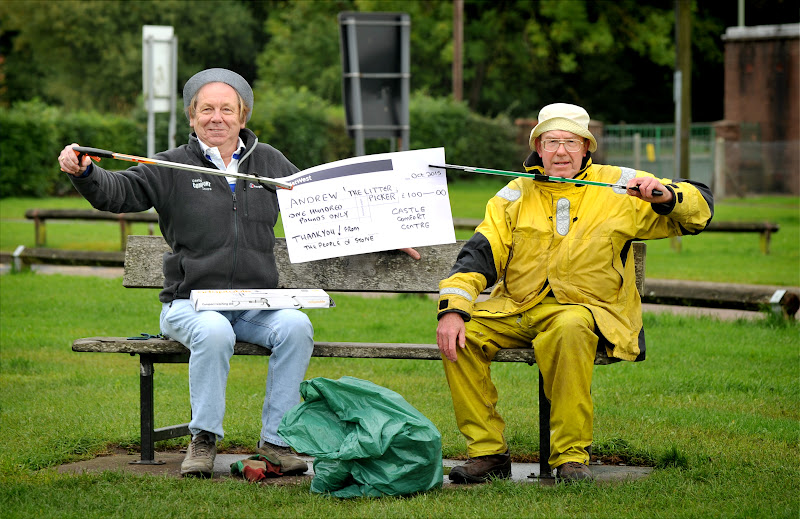 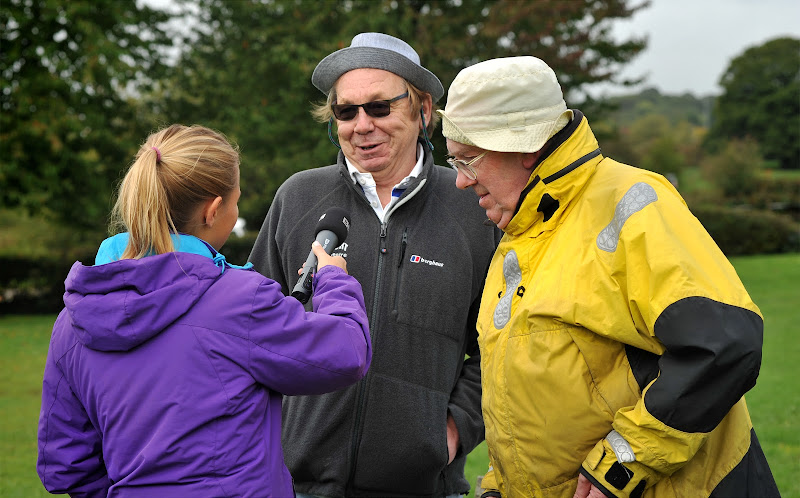 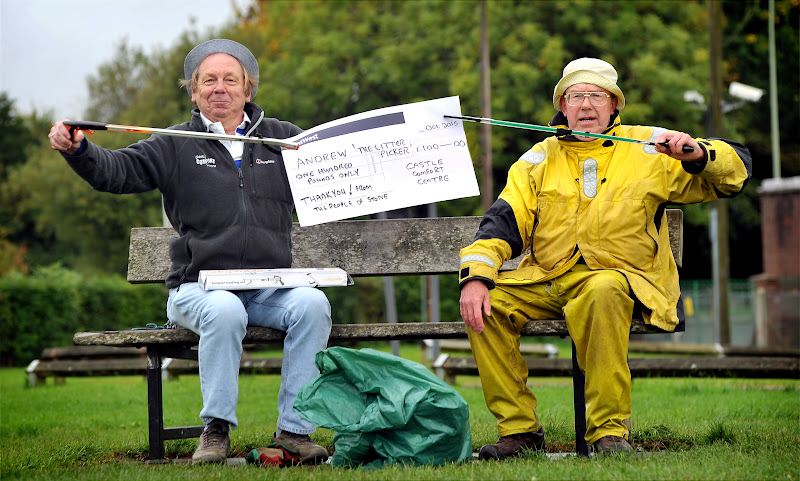 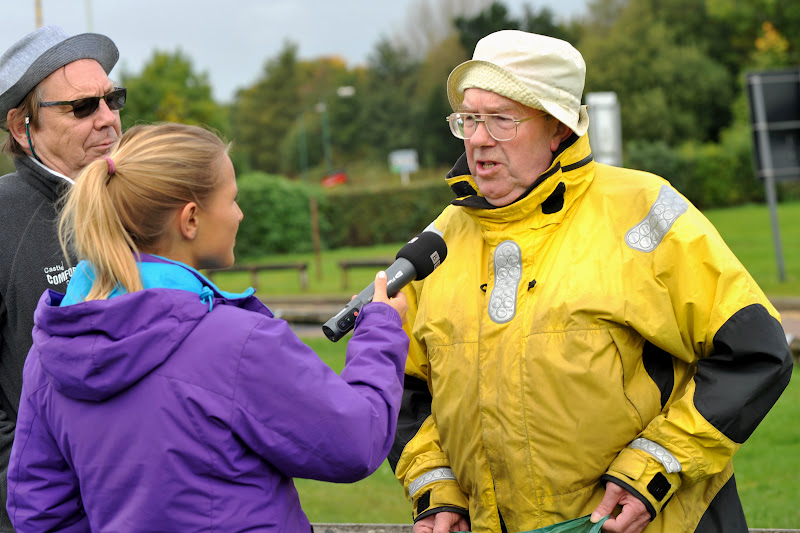 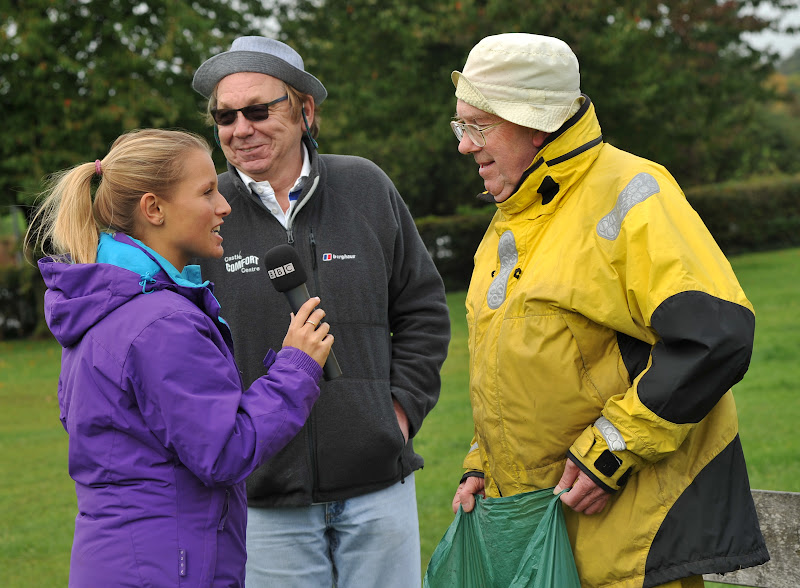 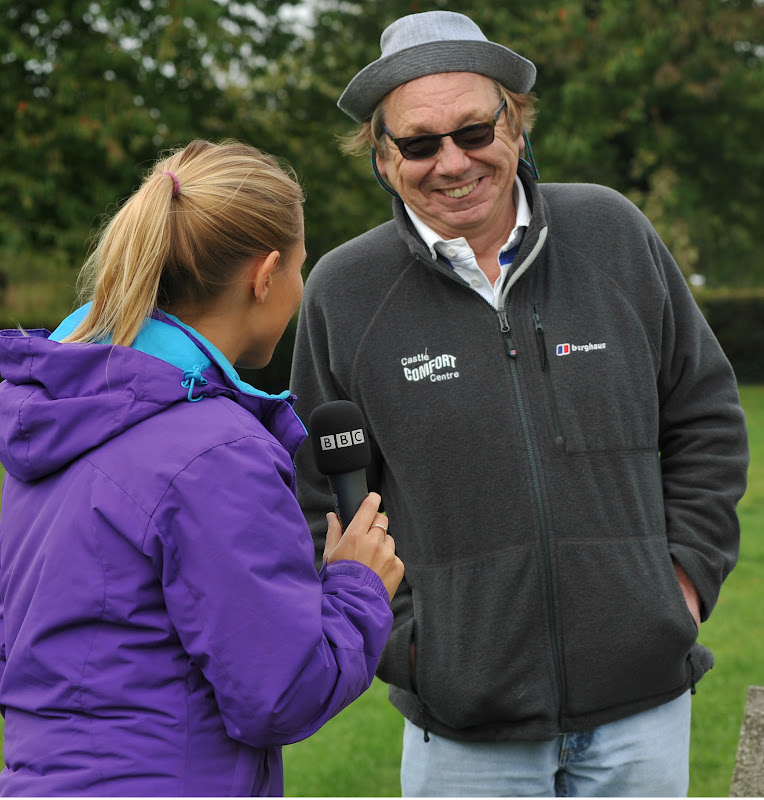 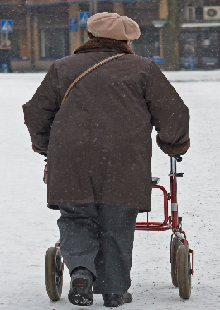 Nobody knows  more than the staff at mobility products specialists CASTLE COMFORT CENTRE, of Newcastle under Lyme, who have been involved in the supply of daily living aids since 1998. Their speciality flagship products are STAIRLIFTS, RISER RECLINER CHAIRS AND ELECTRIC BEDS, (see some of their clients here happily being filmed) but over the years a very special free service has evolved which helps you locate and purchase any of the many gadgets and aids that are needed for disabled people (or those folk simply getting on a little.)


Of the latter - there are simply millions - and members of the sector who may be  fit and healthy for their ages - but maybe in need of a little assistance (just as an older car or machine may need a bit of extra servicing and attention) we affectionately call  THE GREY MARKET.

Back to the grey market shortly (or indeed the 'Silver Surfers') but the disabled sector is a little more defined and accounted for in terms of  statistics. 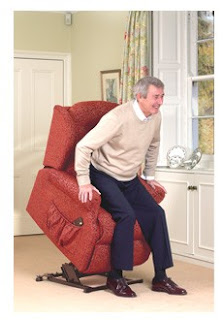 Over the last 25 years the percentage of the population aged 65 and over increased from 15 per cent in 1983 to 16 per cent in 2008, an increase of 1.5 million people in this age group. Over the same period, the percentage of the population aged 16 and under decreased from 21 per cent to 19 per cent. This trend is projected to continue. By 2033, 23 per cent of the population will be aged 65 and over compared to 18 per cent aged 16 or younger.
The fastest population increase has been in the number of those aged 85 and over. In 1983, there were just over 600,000 people in the UK aged 85 and over. Since then the numbers have more than doubled reaching 1.3 million in 2008. By 2033 the number of people aged 85 and over is projected to more than double again to reach 3.2 million, and to account for 5 per cent of the total population. Source:DLF

The total UK disability equipment market has been estimated at £1.46 billion for 2008 compared with £1.34 billion the previous year. Sales of disabled equipment in the UK have increased by 92.6% over the last 10 years and the total market size increased by 9.2% last year.  Castle Comfort Group since 1997 have been and important player UK-wide in the supply of products to the 'gray market' and the disability sectors. However the policy of the company has always been to focus on their major flagship products, namely stairlifts, riser recliner chairs and adjustable beds

THIS DOES NOT MEAN THEY HAVE NO KNOWLEDGE OR INVOLVEMENT WITH THOUSANDS OF OTHER ITEMS THAT ARE NEEDED.

Castle Comfort's experience means that a quick call to any of their help lines, or a visit to the showrooms will result in details being given where these other smaller products can be found ...

AT WHOLESALE
OR
DIRECT-FROM-THE-MANUFACTURER PRICES.

Usually all that is needed is a freephone call by the customer direct to the supplier with the description and reference.

The goods will be delivered by courier, usually without charge in just a day or two.

Payment can be made on delivery in many cases, or by plastic card on ordering.

Buyers are also covered by what is know as 'distance selling regulations' which means that the product can be returned to the supplier without any obligation or cost.

So apart from getting any of the following items cheaper (as a mobility shop is not involved making a necessary profit) - you can return them if you wish - and THAT is something you may not be able to do on the High Street.

Retail shops only have to make a refund if the goods are faulty or otherwise  'not fit for their purpose'  Many people are surprised at this as the policies of retailers like Marks and Spencer "bring it back if you wish for your money back" - are not a legal right at all - they just choose to offer it as a sales gimmick.

So here, as promised, is the beginning of  what may be a long long list of things that YOU - or your family need.

A commode (small or large commodes)

GRAB HANDLES which may a grab handle for anywhere in the house.  Also known as GRAB BARS  (Source Wikipedia)

An interlude on Backscratchers in Stoke on Trent.

IT MAY BE THAT YOU DO NO HAVE TO SPEND YOUR CASH ON SPECIFIC MOBILITY OR  SPECIFIED HOME-AID THINGS -
OFTEN A SUBSTITUTE IS  MORE EASILY AVAILABLE AND LESS COSTLY.
Back Scratchers. 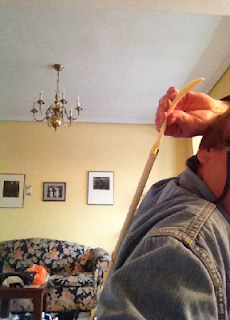 In 1999, Keith, the founder of Castle Comfort, asked Christine Morgan (his former school friend Christine Evans, of the Edward Orme School Newcastle under Lyme, the following  - "Where can a long handled back scratcher be found for one of our customers?"
Christine was at at Disability Solutions, Hanley, Stoke on Trent at the time. She told me to get a long handle shoe horn. It proved to be good advice and we have since helped cure many itching backs!  They work a treat and cost a lot less than designated products with labels as ´back scratchers´to be sold in mobility shops.   These can be obtained from many 'pound shops' and other places often run by the Chinese community, often for less that a pound. "Thanks for the tip Christine,"  said Keith. "I have learnt a lot since I left school!"

For an alternative backscratcher, and if you can get near enough, try one of the following! These 'super dooper' back scrathchers were spotted in action at The Great Orme near Llandudno North Wales. The cashmiri goats put on an amazing show for passers-by when they have an itch, scratching away.  Did you know  that these goats  were a gift to Queen Victoria from the Shah of Persia? 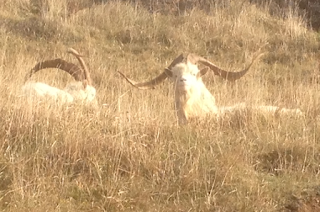 More of the products we find useful as we get older:-

Holder for car disabled passes
Blue Badge holders (click on 'blue' for info on this subject)
..and read here how some people are treated badly in this respect